More powerful together: Alumni raise funds to support the education of disadvantaged rural girls in Bhutan

Celebrating International Women’s Day 2019, the Australia Awards Women in Leadership Network in Bhutan conducted a fundraising event to support the education of disadvantaged girls from Zhemgang, a remote district in Bhutan.

The initiative was led by Australia Awards alumni Ms Tashi Dema, Chair of the Bhutan Australia Alumni Association (BAAA), and Mr Tshering Palden. The alumni will identify 15–20 girls from the remote district of Zhemgang as potential beneficiaries. Many of the girls the initiative will focus on are orphans, while all of them live under difficult circumstances, without opportunities to receive an education.

As part of the initiative to support the disadvantaged girls, Network members will have the opportunity to mentor the girls regarding their education and life in general. At some point in the year, interested members may even visit the girls as a group to check on their progress and to get a firsthand understanding of their situations.

When congratulating the Network on the initiative in her keynote address at the fundraising event, guest of honour and Australia Awards alumna Dasho Kezang Deki (Commissioner, Royal Civil Service Commission) also shared her experience in tackling gender bias in the workplace and society in general. She said that the Australia Awards Short Course she participated in, the Women in Executive Leadership Development Program, opened her eyes and mind to the gender bias that everyone carries unconsciously in our society.

‘Being aware of gender biases is the first step we need to take, followed by action to overcome them,’ Dasho Deki said.

‘I would like to request everyone, especially men, to commit in supporting women’s empowerment, both at home and in the workplace. It is also important to reflect on casual but derogatory comments that are passed among friends and colleagues that discourage both men and women from contributing to gender equity.’

As part of the event, Dasho Deki also launched the Facebook page of Bhutan’s Women in Leadership Network, which will promote the Network’s activities, connect its members and help raise funds for its latest cause. Dasho Deki encouraged the Network to partner with other organisations and agencies, both government and non-government, to leverage support and avoid duplication of efforts. The Network also aims to explore fundraising opportunities beyond the Australia Awards alumni circle, including approaching Bhutanese living and studying in Australia. 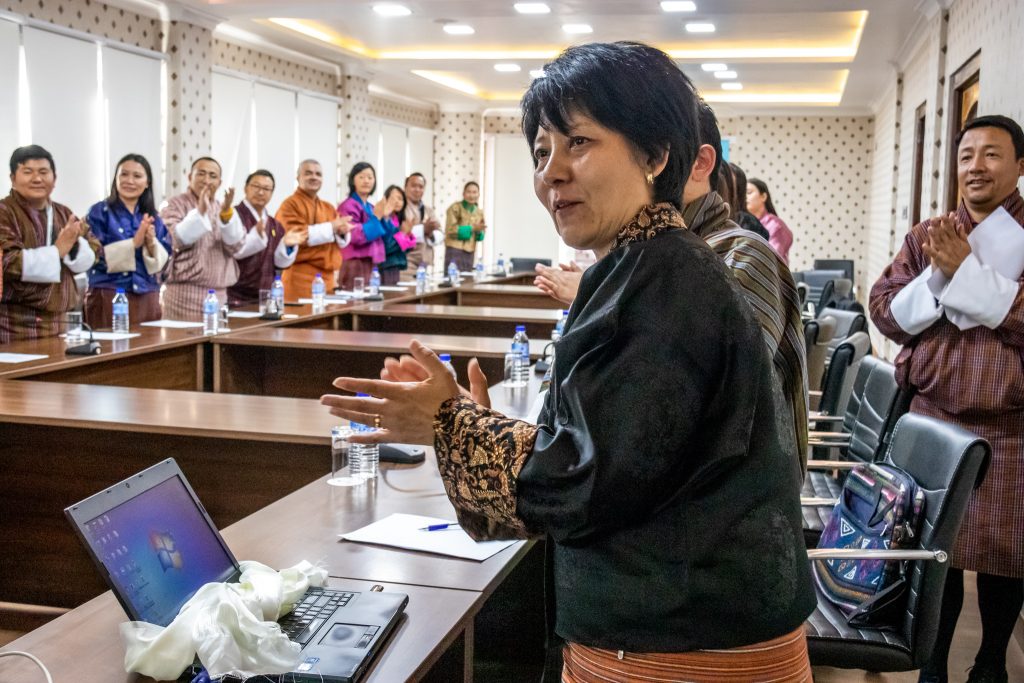